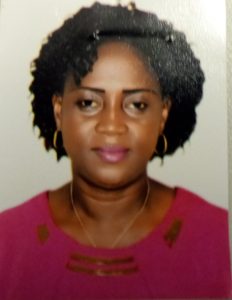 Mrs. Adewoju Olusola Olayinka was born on the 16th of January, 1966 into the Adewoju Family of Ibonwon in Epe Division of Lagos State.

The Young Olayinka  gained admission into the prestigious Yaba College of Technology Yaba, Lagos for her higher education where she graduated with a Higher National Diploma, (HND) in Accountancy.

A fellow of Association of National Accountant of Nigeria (ANAN), she joined the service of Lagos State Government in March 2001 and has worked  in Various Ministries and Agencies.

She  was deployed to the Office of the Special Adviser to the Governor on Central Business Districts on the 27th of August 2018 as Deputy Director, Finance and Accounts heading the Accounts Departments.

She  is happily married with children