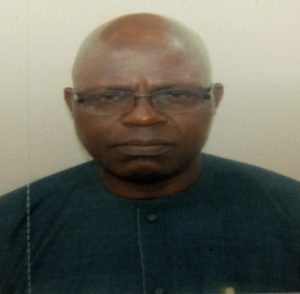 Mr. Onafowokan Babatunde Lawrence was born on the 13th of April 1962 at Ibadan Oyo state.

He started his early primary education at St. John Primary School, Aroloya, Lagos Island Lagos in 1965 and later in 1975 proceeded to Nigeria Peoples High School Ebute Metta, Lagos. After his secondary education, the young Onafowokan enrolled at the Government Teachers Training College Igbogbo, Ikorodu in 1981 and by 1983 he gained admission into the Lagos State College of Education Ijanikin, Lagos where he graduate in 1986 with an NCE Certificate. His quest for higher education made him proceed to the University of Ilorin, Kwara State where he bagged a Bachelor degree in Education 1995.

He started his career with the Lagos State Government as a master grade 111 teacher on the 1st of September 1987.

He transferred his service from PP TESCOM to the mainstream service as Senior Admin Officer GL 10 in 2002 and eligible for promotion to the next level same year. He rose through the ranks after working in various establishments and in various capacities within the service.

An astute administrator, he has attended various training programme among them is a one year (PAN) certification from Administrative Staff College of Nigeria (ASCON)2006-2007

He was deployed to the Office of the Special Adviser to the Governor on Central Business Districts on the 14th of June 2019 from Motor Vehicle Administration Agency as Deputy Director, Administration and Human Resources. He is a Christian married with beautiful children