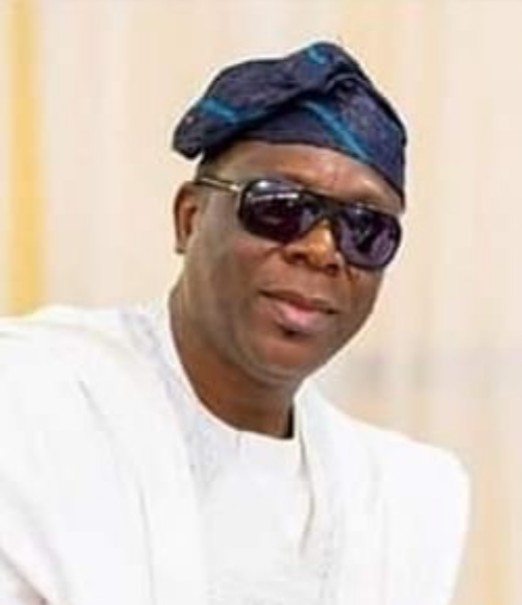 Prince OlanrewajuAnofiuElegushi was born on 11th October 1970 into the Royal family of Elegushi from IkateElegushi in Eti-Osa Local Government Area of Lagos.

He started his early education at Yaba Model School in Lagos in 1976. He later proceeded to ZamuratalIslamiyyah High School also in Yaba in 1982 for his secondary school certificate.

In 1989, he enrolled at the Lagos State Industrial Manpower Development Centre (Technical School)  and later in 1992 attended the Lagos State Technical College Odomola, Epe, for a certificate in Motor Vehicle Technology.

After his secondary education, his quest for knowledge inspired him to enrolled at the Modern Institute of Technology, an affiliate of City & Guilds of London 1997 and in 2002 got a diploma certificate inMechanical Engineering from the Lagos State Polytechnic.

He holds a PGD in Strategic Management and Leadership from the Metropolitan School of Business and Management, UK  in2016 and currently pursuing a Master of Business Administration (MBA)  at the  Anglia Ruskin University, Chelmsford, UK.

He was elected a counsellor and made  the Majority leader of the Legislative Council in Eti-Osa Local Government between 1999 – 2002. As a majority leader, he represented his ward and the people efficiently by providing a bridge between the community and the council. He responded to queries and investigate concerns of residents. As the majority leader, he was responsible for the Communication of council decisions to the residents on matters that affects them. He also worked with representatives of local organizations, interest groups and businesses as well as represented community views at council meetings.

Between 2003 and 2004, he was re-elected counsellor and was the supervisor for Health in Eti – Osa Local Government where heled and coordinated health campaigns at council as well as presenting the health care queries and advocates for residents.

He was later in 2004-2007 re-elected as counsellor and was made leader of the Legislative Council where he presided over council meetings. He Spearheaded the creation of the four LCDAs in Eti-Osa  and facilitated, supervised and monitored numerous projects at the Local Government level.

Prince Elegushi was elected as the Executive Chairman of Eti-Osa Local Government between 2008 – 2014 where he performed meritoriously.

As the Chairman of Eti– Osa Local Government, he was able to accomplish the following:

•          Provision of Public Toilets at Ikota –Orile and Ajeran Communities

•          Provision of Public toilet with carwash facility at Ajeran Community

•          Procurement of vehicles for council supervisors and councilors, council manager, treasurer, secretary to LG, Council legal officer and all HoDs.

•          Provision of official Coaster Bus for Council chiefs, vehicles for Obas and official bus for staffs.

In October 2015, he was appointed as Special Adviser to the Governor on Transportation to plan, strategize and implement the state policies on transportation.

As Special Adviser on Transportation, he was able to accomplish the following:

•          Negotiated and coordinated the handing over of Oshodi to Lagos State Government for the construction of the Oshodi Transport Inter-Change.

•          Initiated and supervised the construction of multiple laybys across Lagos State to ease traffic; Iyanna Oworo, Alapere, Ketu, to mention a few.

•          Supervised of junction improvement and removal of roundabouts along Lekki-Epe Expressway.

•          Introduction of cameras for traffic management and monitoring.

•          Promoted the bus reform initiative, a project that led to the procurement of 820 Medium/High capacity transport buses procured by the state government.

His accomplishments in CBD are as follows:

•          Facilitated the state’s acquisition of waste compactor and towing vehicle

•          Introduction of Electronic Business Guide (e-guide) to serve as an electronic guide to shoppers.

•          Redesigned and developed a modern motor park at Ajeigboro,

•          Opening and rehabilitation of access road blocked by organizations or traders.

•          Strategic collaboration with corporate organisations and other agencies of government.

•          Maintenance of historic monuments within CBD

The committee served as a consultative forum for effective solution to all matters arising from the reconstruction and expansion of the 49.36km Lekki-Epe Expressway.

In 2010, he was elected Member, the Institute of Freight Forwarders of Nigeria. He participated in the 2010 Lagos State Environmental Summit and also has a Certificate of Participation of the 2015 leading for Change summit.        A member of the    Peculiar People Management (PMP)/PWC/Lagos State Government.

He is acorporate administrator and highly sought after engineer with experience across the private and public sector.

A transportation and traffic management expert with hands-on experiences in perception management and public engagement for policy formulation and implementation.

An astute manager of public resources and a highly respected youth advocate who is result oriented.

He is a team player, and self -motivated leader with exceptional interpersonal skills with high sense of integrity and exceptional resource management skills.

He is an experienced and credible project manager able to scope, plan and implement large scale projects within resource to high standards of quality.